A distance of over 3,000 miles separates the Czech capital of Prague from Banjul, capital of The Gambia, the smallest independent republic in mainland Africa.

Still, cycling enthusiasts who would like to close the gap, at least symbolically, can easily do so on June 3, which just happens to be World Cycling Day 2021.

That day, at 5.30 p.m., around 30 cyclists will gather at the Czech Embassy on Spring of Freedom Street and travel 3.2 miles north along Beach Drive to the Gambian Embassy, ​​located on Sixteenth street near the Maryland line.

The symbolic trip should not last more than half an hour, said Czech cultural attaché Jan Woska, who is organizing the fundraiser on behalf of Czech bikes for Gambian schools, an NGO based in Ostrava, the third largest city in Czechia. Founded by Roman Posolda, the association has sent thousands of bikes to The Gambia since its creation in 2012. 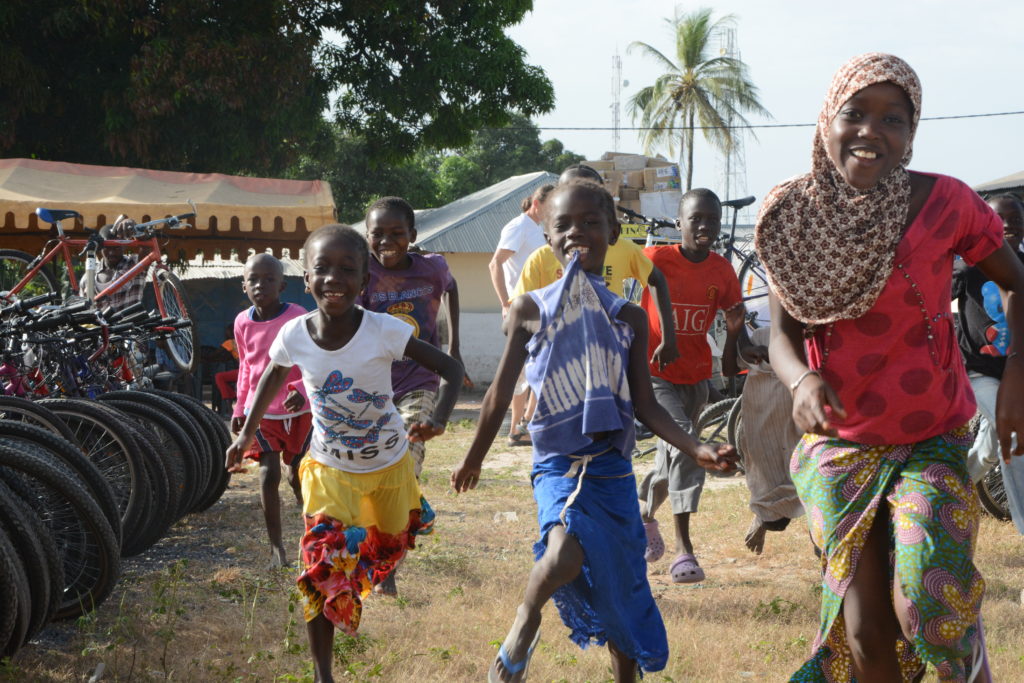 Ambassador Hynek Kmoníček, Czech colleague of Fadera in Washington, called on cycling enthusiasts to support the group’s efforts by participating in the June 3 event, noting that “for more than nine years this organization has been delivering old bicycles from Czechia, not just for sports. but also to make education more accessible. “

Woska added, “These kids have to walk 10 miles to and from school each day. Bicycles can make the trip faster. In addition, this NGO has also started providing public bicycle repair stations, so when something breaks, they don’t have to send the bikes elsewhere for repair.

Money raised by the Ride for Gambia Embassy will fund a public bicycle repair station at Jarumeh Koto School in Koli Kunda, a town along the Gambia River in eastern Gambia. This poor West African country of 2.1 million people is half the size of Maryland and ranks 174th out of 189 countries in the latest United Nations Human Development Index.

“The Czech bicycle initiative for Gambian schoolchildren – especially in hard-to-reach areas – has been wonderful,” said Gambian Ambassador Dawda D. Fadera. “It has a dual impact in that it strengthens the physical health of beneficiaries while improving timely school attendance, with a significant increase in academic performance.”

Those who can’t participate in the event or don’t live in the area can still support the project, taking their own bike ride until June 10 and sharing their stories on Facebook using the hashtag #rideforgambia . In addition, all those who register their journey between embassies via Cyclists—Czech-made cycling app – will receive a free four-month premium subscription to the app.

Woska noted that 40 people registered last year for the Embassy Bike Challenge, which ran from September 28 to October 28. Participants traveled exactly 19.18 kilometers along the Potomac River in honor of Czech independence, which was established in 1918. The route started at Chesapeake & Ohio Canal Towpath in Georgetown, under the Key Bridge, and completed at Mile 13 in Great Falls, Virginia.

“We don’t do this just for sport. We are highlighting the success of a large Czech NGO and we are also partnering with a unique Czech navigation tool, which therefore has economic dimensions, ”said Woska. “We also want to help people and enable them to reach their potential, and we believe that sport is a great tool to achieve that.”

To this end, the Embassy – in partnership with the Czech Olympic Committee – is organizing another event. On June 2, he will present “Big Sporting Events: Bid, Politics and Controversies” – the third in a six-part SPORTSDIP webinar series.

Among the questions to be explored: What are the advantages for countries to host major sporting events? Why have so many recent events found homes in non-democratic countries? Can they still contribute to the well-being of the local population? And what is the perspective of the athletes?

For more information on this event, please RSVP here.

Photos and news of Manuel do Monte ...